No, this is not a football article. It is my first attempt at using the Chickpea flour.

Socca is a chickpea based unleavened flatbread from the South of France. It features in many different cusines (Farinata in Italy; karantita in Algeria; fainá in Argentina and Urguray) and can be grilled, fried or baked.

The basis of this flatbread is chickpea flour. It is also known as Gram Flout or Besan. It's gluten free and higher in protein than other flours (22% against typically 13-16%).

I have always wanted to use chickpea flour but the online prices put me off. I am not gluten intorrelent so I had no great drivers pushing me down that route.  However, the increased popularity of gluten free flours and UK immigration over the last 10 years has improved the availability of specialist produce. In fact my local Asda stock it. At £1.97 for 2kg (April 2015) it seems a fabulous price compared to £4 to £5 for 1kg on Amazon. 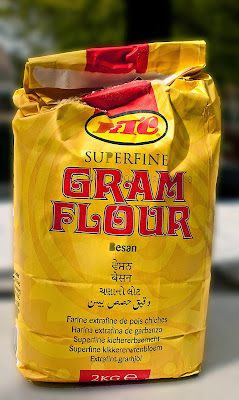 For my first attempt at using chickpea flout I decided Socca would be simple enough. There are many variations of this popular dish. Most Socca recipes I have seen seem to have ratios of 1:2 for chickpea flour to water although there are variations upto 1:4 although these tend to be baked. 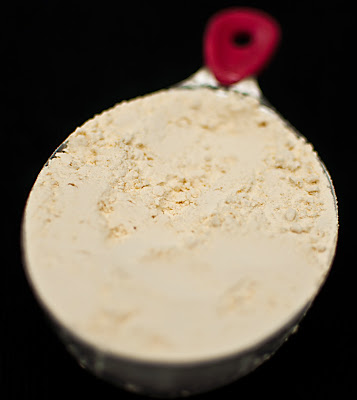 Sift the chickpea flour into a bowl and add the water, oil and salt. Whisk and leave for at least 2 hours, preferably overnight, too allow the mixture to start fermenting. This gives a light, airy texture to the dish. 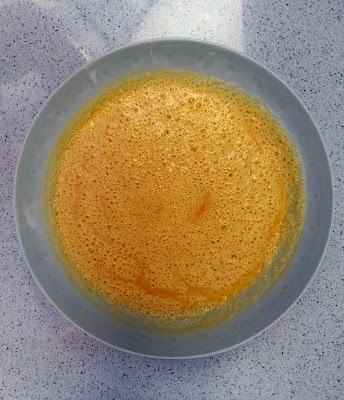 Preheat a frying pan under the grill (about 4 to 6 inches). Add a coating of olive oil and pour in the mixture.

Grill for 6-8 minutes until golden crust on top (It is just as easy to bake (220C for 10-12mins) or cook on the stove although you will have to flip the socca in this case). 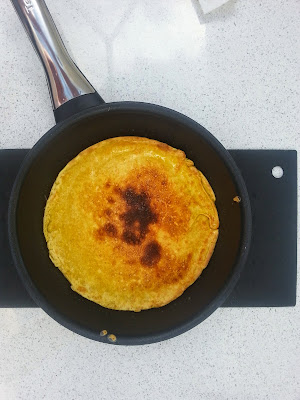 Remove from pan and slice. It is best eaten warm. 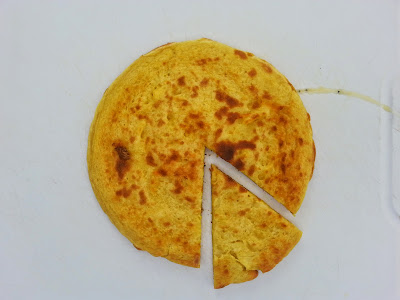 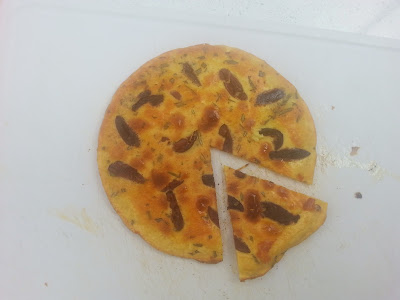 Some recipes for Socca can be found at thekitchn and nourisedkitchen.

Yotam Ottolanghi has one with yeast published by the Guardian.

Mark Hix has a great Farinta recipe published by the Telegraph.